What are Antenatal Classes ?

What are antenatal classes and do I need them ?

Antenatal classes are not a new concept. In the past women learned about birth and parenting from their mothers, sister and extended family (Nolan 1999). According to Kitzinger (2000) antenatal education today can be seen as an attempt to replace the information and support that was traditionally offered through the women’s network.

Antenatal classes are designed to cover a comprehensive range of subjects: classes may vary slightly depending on whether you do hospital classes or private classes but as a general guide, examples of areas addressed include: 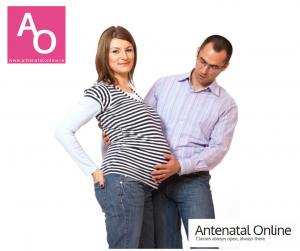 There are many benefits of doing antenatal classes, they are an effective way at way to learn about pregnancy, labour and birth and caring for your baby and you have access to a qualified health professional to ask questions you might have.

Antenatal education is about enabling women to do what feels right during labour and birth, and is offered to couples with the aim of providing them with strategies for dealing with childbirth and parenthood.

A study from Iceland (Gottfredsdottir 2016) showed that 87% of women want to be informed about birth in the antenatal phase of care and 41% reported 5-6 months postpartum that too little time had been spent on the issue.

Gagnon and Sandall (2007) found that couples attended antenatal education to obtain information on pregnancy and birth, learn about infant care, breast feeding and parenting skills. Nolan (2008) found parents wanted to practice breathing and relaxation and positions for birth. Robertson (2004) found focusing on complications during antenatal education can lead to fear and anxiety.

Pregnancy can be daunting and anxiety inducing for many couples, and fear of childbirth was associated with longer and more challenging labour and an increased risk of caesarean section (Adams et al 2012).  While Dole et al (2003) found premature birth associated with pregnancy related anxiety.

Ferguson et al (2013) carried out a review of antenatal education programmes and explored the impact of antenatal education on labour and birth. Findings were mixed in relation to labour, women who took part in the programmes had fewer false labour admissions, less anxiety and greater partner involvement. However, negative effects included increased labour and birth interventions, including induction of labour and epidural.

A systematic review by Schrader et al (2009) found little evidence that antenatal education is associated with a higher incidence of vaginal births or reduction in use of epidurals.

According to Murphy-Tighe (2010) when she explored the attitudes of attenders and non-attenders towards antenatal education, she said it could be argued that traditional antenatal education can lead to dependency and coercion into hospital routines and procedures, reinforcing institutional policies rather than increasing women’s confidence in labour and delivery of their baby.

Unfortunately it is recognised that antenatal education programmes do not always meet parent’s needs and the effects remain unknown (Gagnon and Sandall 2007, Barlow et al 2009).

Many women who attend antenatal education classes find them enjoyable from a socialisation perspective (Murphy 2004) however, it has been found that large attendance at some classes mitigated against the use of debate and interaction among participants (O Sullivan 2003).

It has been suggested that antenatal education may not be meeting the needs of fathers (Murphy 2004) and according to another study men often looked like there were dragged there (NWHB 2000).

A study by a group of doctors in a Dublin hospital in 2014 found that only 48% of dads attended classes whereas 89% attended ultrasound scans. 62% described the delivery of their baby as a great experience while 18% were frightened by the delivery.

Ledenfors (2016) looked at first time fathers’ experiences of normal childbirth and found that the needs of prospective fathers should be given more recognition during childbirth.

The main reasons women look outside their maternity unit for antenatal education tends to be flexibility. The timing of the antenatal classes may not suit working couples. Some women do not want to take time off work because of a busy schedule or workload. Sometimes hospitals cannot facilitate partners at all classes. Some partners working away from home and cannot attend classes.

A review of antenatal education (NWHB 2000) found the main reasons for not attending classes were childcare difficulties, timing of the classes were unsuitable and some women felt they knew enough already.

https://www.antenatalonline.ie/ is the first website of its type in Ireland to offer prospective parents online antenatal classes, advice on a wide range of pregnancy topics and related issues.

Contributions in the classes come from a registered midwife sonographer, a consultant obstetrician and a chartered physiotherapist. Have a look at our introduction below.

One of the unique selling points of the website is that members can view the classes as often as they like for the 5 month period of their membership.

Couples can watch the classes at a time that is convenient to them, and will allow them to continue to follow whatever pursuits they do in their free time.

E mail facility is available for couples to contact the midwife sonographer.

Empowering women with information during pregnancy on labour and the birth process, the more likely she is to have a more positive birth experience, which is not measured by whether she had an epidural or not, or how her baby is born, but with the mother feeling calm and confident in handling whatever comes her way on her special day and adjusting to life with a new born baby.

Whatever form of antenatal education you choose, the more information couples get during their pregnancy the better equipped they will be to make choices during labour and delivery.

To help you through the current medical crisis we are offering 25% discount off out classes. Use Discount code AO852020  at the checkout.